Toilet Paper In The Tree ::

Although this is not a HDR image I have been shooting more of them lately as well as using my tripods and monopod more. At times I will shoot 3 to 5 HDR shots hand held outside on a sunny day, but I've decided that this is not the optimum way to approach the situation and I've really come to appreciate the monopod.

So, what I wanted to say about this image is that I drove by the scene the day before I took this photograph and decided it was worthy of a HDR try, but, unfortunately, the day was pretty windy as well as sunny and when I processed the photographs there was far too much ghosting in the toilet paper on the tree. I should also add that there was much more toilet paper on the tree when I tried the HDR photograph! I was in the same area the next day which was overcast I decided to just make a normal exposure. I think it turned out ok. At least the quarter horse farm sign is not in heavy shadow! 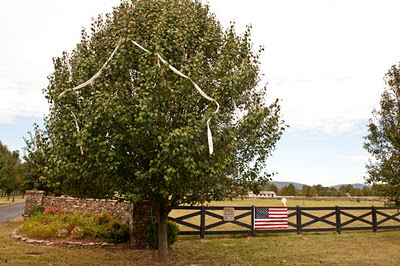 Posted near a local convenience store although I can't imagine why anyone would trespass at this location! 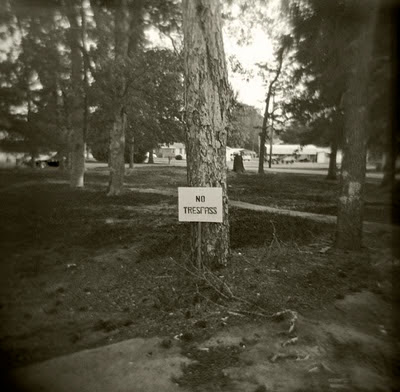