Found a couple of years ago in the Hebron Community of Marshall County, Alabama: This old race car was found in front of a boat repair shop that is slowly being cleaned up with the removal of dozens, at least, of old boats. I haven't stopped by lately, but I really should do an overall photograph of the lot.
Posted by Fred at 8:09 AM No comments:

I picked up the book "Just Kids" by Patti Smith a couple of weeks ago because I was interested in her recollections of her relationship with the photographer, Robert Mapplethorpe and I found the book to be very interesting, especially the early years when Smith left home and moved to New York. The story of her meeting up with Mapplethorpe and moving in with him as they both pursued their artistic careers was fascinating in the poverty level they endured as well as the intensity with which they grew as artists.

The tales of their early years in New York made me envious of the artistic community that they were surrounded with and left me wondering what it's like up there now. I have long been a Mapplethorpe fan and had the good fortune to see an exhibit of his work at The Nexus Cooperative in Atlanta. It's too bad that so much of his work is deemed unsuitable for large public gallery spaces.
Posted by Fred at 5:36 PM No comments:

The entrance to a boat repair shop: 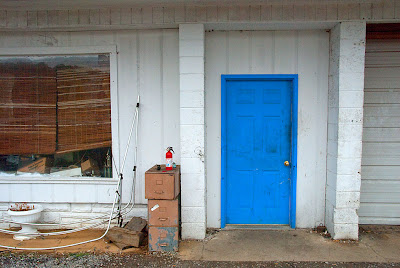 Found Beside The Road

This photograph was taken on December 14, 2007 on the side of one of the local roads which goes over what passes for a mountain in north Alabama. For a couple of years after the road opened people would decorate many of the trees and bushes beside the road for Christmas then, as too often happens, the city decided that this constituted littering and threatened to fine anyone caught putting up the decorations. For the past couple of years a few people would take the chance and decorate some, but this year I only saw a couple of trees that had been decorated. I really enjoyed seeing the festive trees as I drove over the mountain! 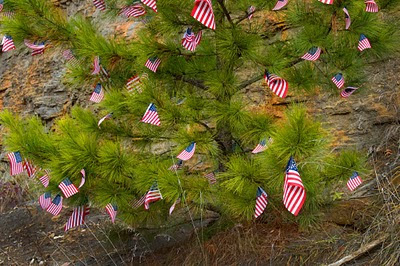 This is one of the patriotically decorated trees which I had to hike up the side of the mountain for a bit in order to get the photo.
Posted by Fred at 8:00 PM No comments:

You can get fireworks of different sorts in both buildings! 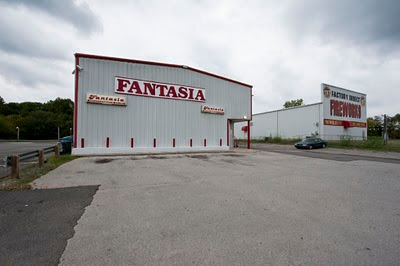 This is a photograph I've wanted to take for a long time. I drive by this scene twice a day and finally had a chance to take the picture with some fairly decent light a few days ago. 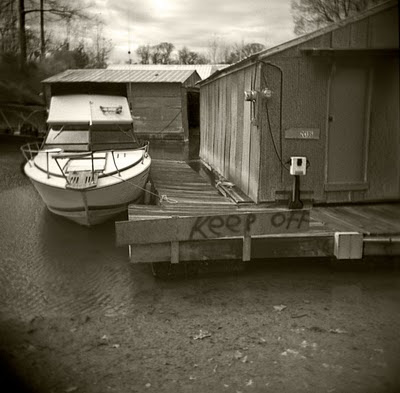 Here's one from 2004 taken with my first little digital camera-a 5 megapixel point and shoot which I still have and use occasionally: 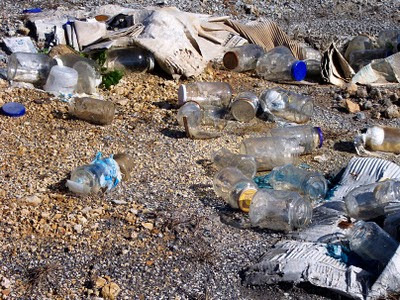 Long ago I did some Cibachrome prints of original Jay Maisel transparencies for one of the large ad agencies in Atlanta. It was interesting!
Posted by Fred at 5:21 PM No comments: 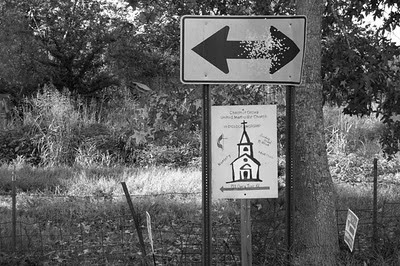 I'm wondering just how far away the shooter was since the shotgun pattern is so small!
Posted by Fred at 9:00 PM No comments:

with the little guard: 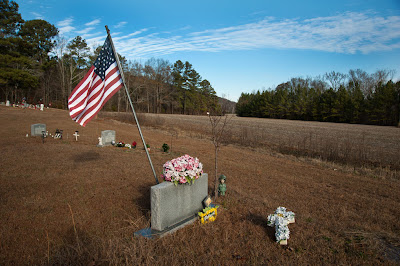 To everyone. I generally head out to take some photographs on new years day, but we have thunder storms and heavy rains right now so that plan is more than a bit iffy! 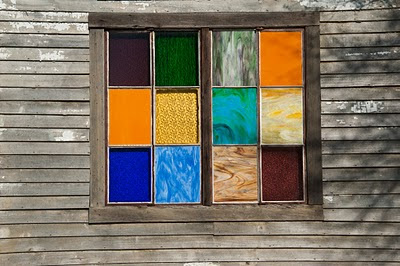