A New Image For The Flint River Project ::

Taken a few days ago for a recently begun project: 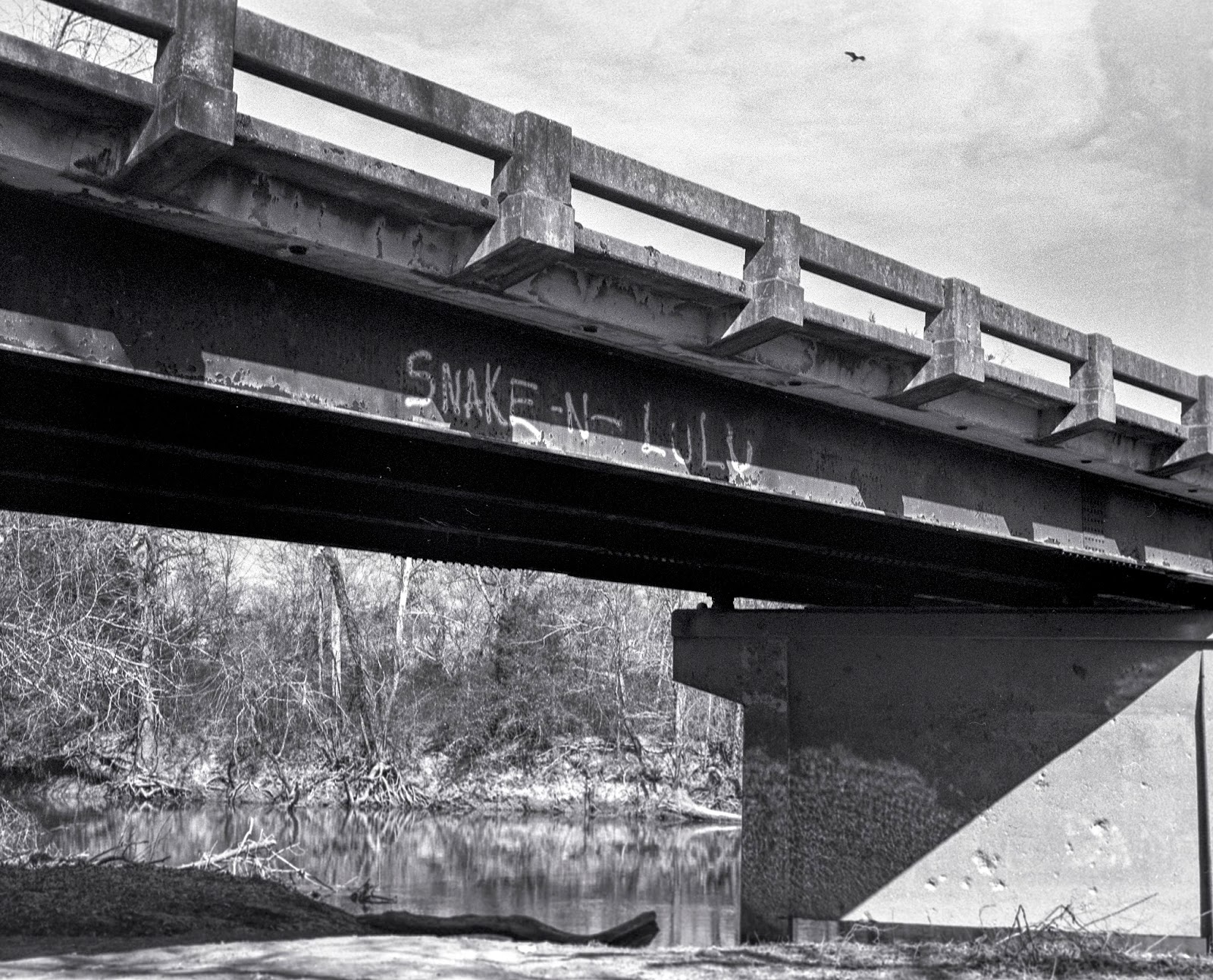 A New (Old) Camera and Some New Projects:

A few months ago I bought a Mamiya RB67 on Ebay and I've gradually been getting back into shooting medium format black and white film. This has also prompted me into not only incorporating film scans into some old projects, but I've also started a couple of new ones. The project I'm focusing on now is photographing the local Flint River watershed. I had been waiting for the light I was looking for to take a photograph of some graffiti on the side of a local bridge last weekend and I found this just a few feet away beside the river: 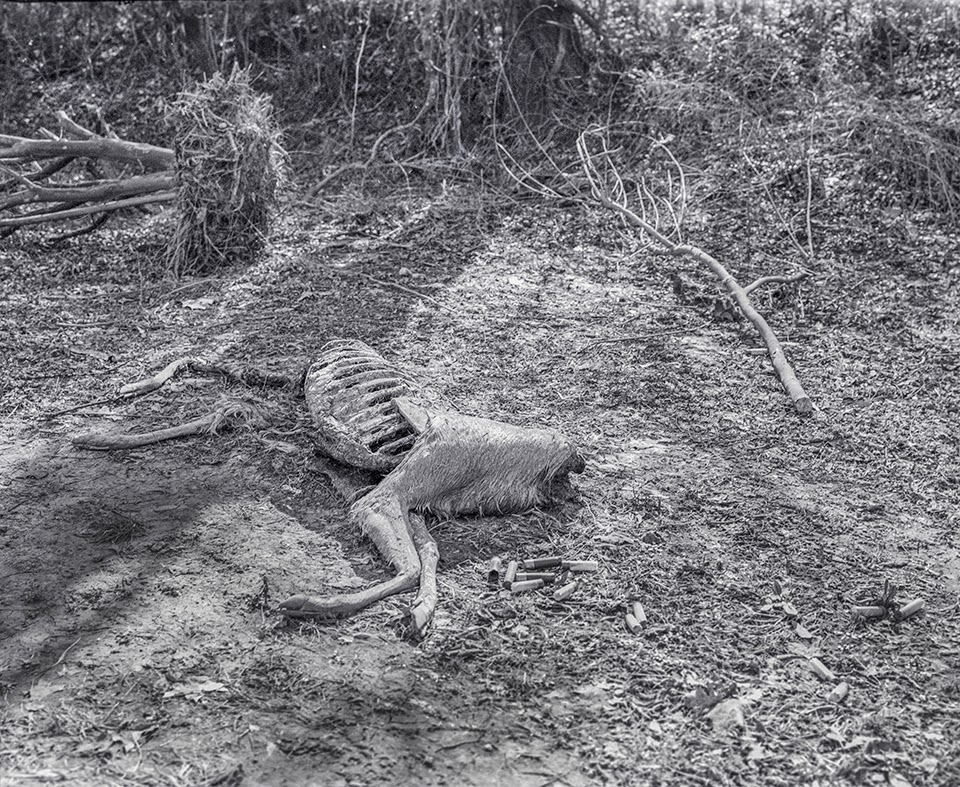 It as if someone killed a buck just for the head and left the rest to be devoured by scavengers. What a waste!

At about the same time I bought the RB an old friend from my navy days sent me two of his old 35mm cameras that he no longer used. One was a Nikon D5005 with 3 lenses and the other was a very sweet Asahi Pentax with a 50mm and a 135mm lens. I haven't done anything with the Nikon yet, but I've been using the Pentax some and I've since bought a 28mm lens for it as I'm pretty much a wide angle person. I think that I'm going to see if a school would like the Nikon for a photography program.