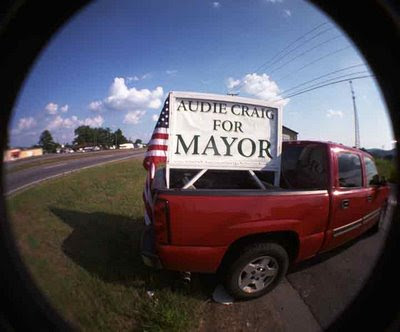 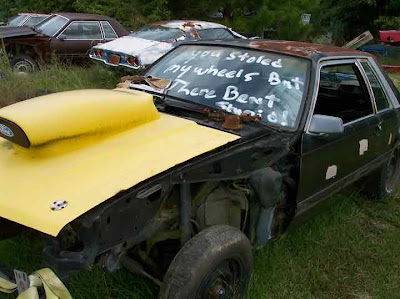 Written on the windshield is "You stoled my wheels but there bent stupid". Doesn't speak well of our educational system, does it?
Posted by Fred at 5:07 AM No comments: 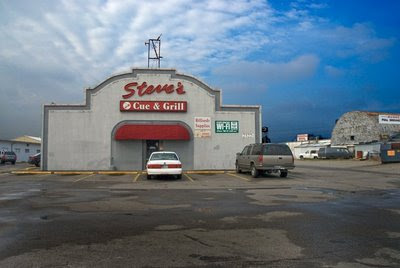 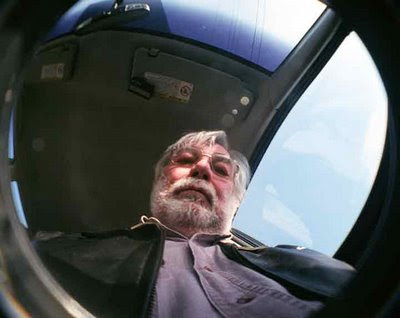 Water By The Greenway :: 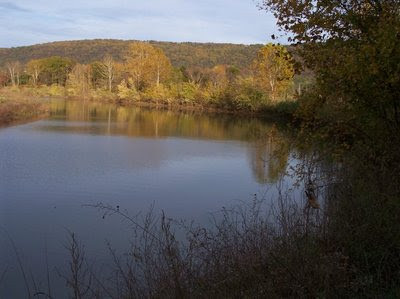 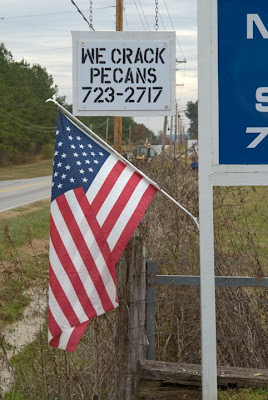 A Child's Grave With A Wet Teddy Bear :: 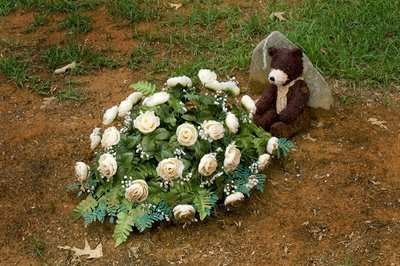 And the world rejoices! 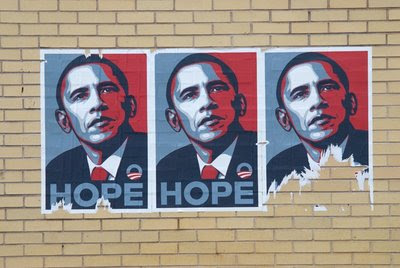 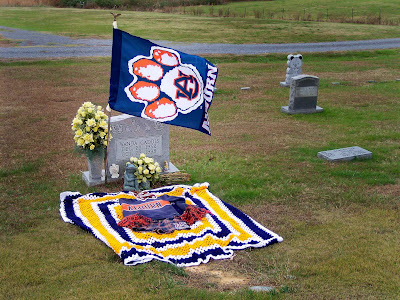 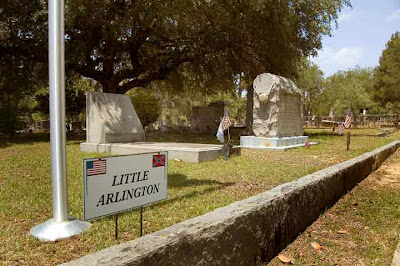 Quaker Cemetery
Camden, South Carolina
Posted by Fred at 5:53 AM No comments: 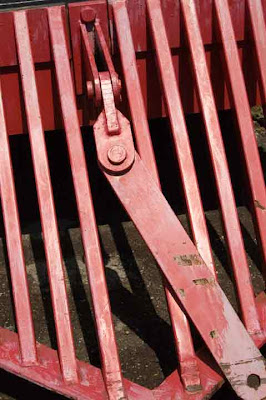 This detail was found in a local railway museum.
Posted by Fred at 4:47 AM No comments: 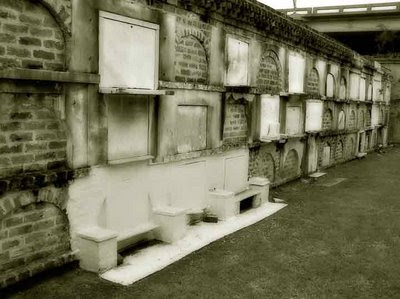 For the next couple of days look around yourself and notice just how prevalent the color yellow is! 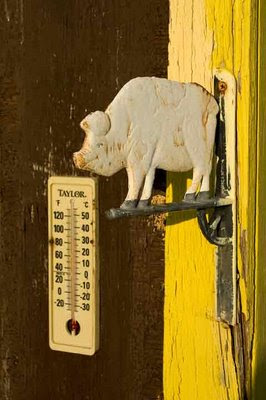 I spend a lot of time in cemeteries and almost always find something of interest to photograph, especially in the older ones and around where I live are several dating back to the U.S. Revolutionary War. This grave site is more recent, but still with scenes of interest! 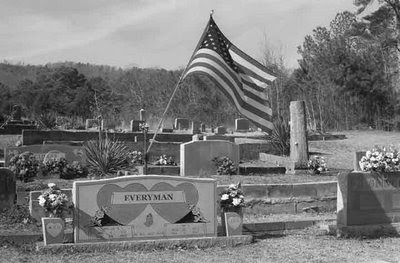 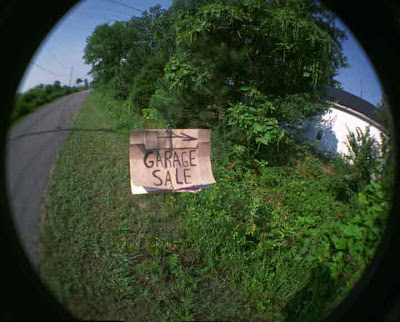 In a much warmer season! 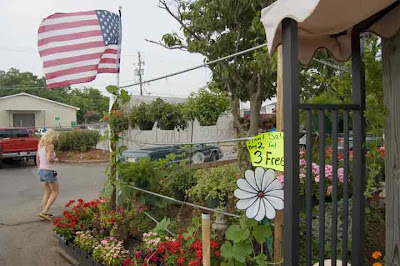 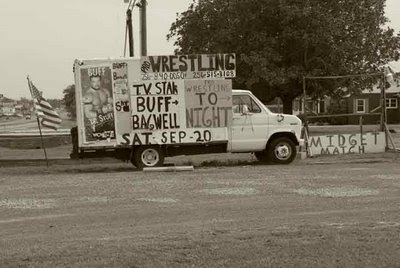 This advertisement for the wrestling event is in front of a small arena which also doubles as a wrestling school in Boaz, Alabama. One of these days, when I have some time, I'm going back down there to take some more photos! I would especially look forward to the midget match.
Posted by Fred at 6:03 AM No comments:

Photoshop CS3 and CS4 offer an amazingly easy way to make panorama photographs. this scene is seamlessly stitched from 9 or 10 photographs, but I have found that certain lighting conditions are not optimal. This was an early morning photo with clear skies and worked well as does overcast days. I have found Photoshop has problems with some higher contrast scenes, especially where the stitch is adjacent to an object, but I have only had to discard 3 or 4 panoramas because of this problem.

Years ago, when I lived in Atlanta there was a photographer on Highland Avenue named Ray Herbert, but he was better known as Panorama Ray and he produced gorgeous photographs from specially built large format cameras. I'll bet he would have loved the electronic equivalent. Unfortunately he passed away several years ago. Ray's son, Ray Herbert III, has picked up the mantle and taken up where his father left off. Here is one of Panorama Ray's fantasy images: 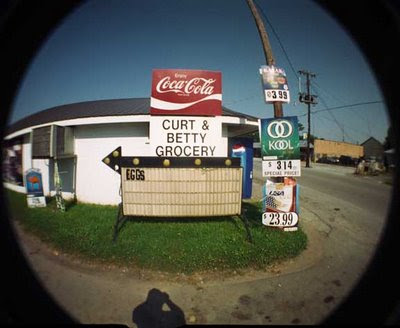 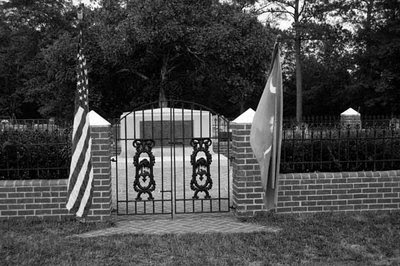 On may 17, 1923 many residents of the Charlotte-Thompson community outside of Camden, S.C. gathered at the Cleveland School for a student play. There was a fire which quickly raged out of control and 80 died. 13 bodies were claimed, but the rest were, for all intents and purposes, unidentifiable and these 67 were buried in this mass grave.

My stepfather and baby brother are also buried in this cemetery at the Beulah Methodist Church.
Posted by Fred at 5:12 AM No comments: 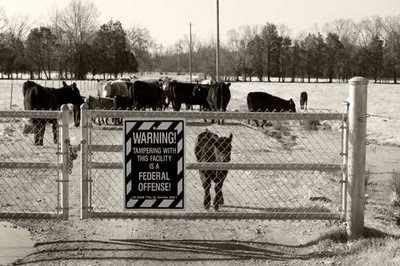 I came across this scene on a back road just a few miles from where I live and I'm still curious about what this federal facility might be. The cows may know, but they were not talking!
Posted by Fred at 4:28 AM No comments:

I usually prepare the next day's photo at night and I experienced some problems with the computer last night. I just got another gig of ram to add to the computer and I had a new video card to put in. As it turns out I got the wrong video card and will have to exchange it this weekend, but the extra ram really seems to help the performance of Photoshop. I have been running CS3 for a while and have held off loading CS4 until I had more memory although I'm still not convinced that 2 gigs will run Photoshop CS4 as efficiently as I would like. I'm kicking around the idea of building a new computer and relegating this one to surfing the net.

Anyway, here is the belated photograph for today: 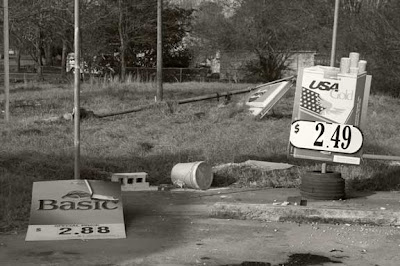 I ran across this scene on a back road near where I live. A convenience store was torn down and this is what was left.
Posted by Fred at 6:45 PM No comments:

Bobbleheads On The Dashboard :: 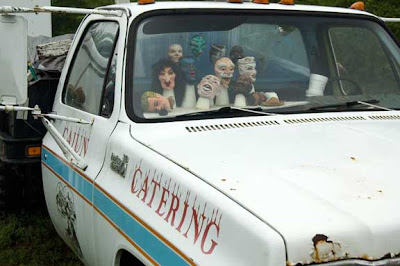 At a local Cajun diner.
Posted by Fred at 5:18 AM No comments: 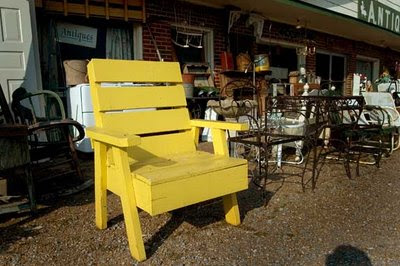 Have you ever noticed just how prevalent the color yellow is in our surroundings?
Posted by Fred at 4:48 AM No comments: 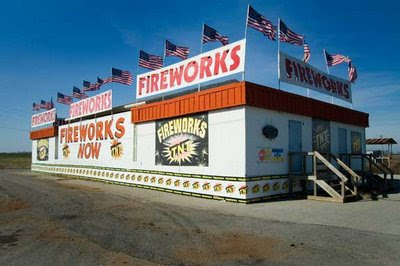 These fireworks outlets, some nothing more than a shack and others much more elaborate, are generally open just a few days each year. There must be a huge mark-up in foreworks!
Posted by Fred at 5:43 AM No comments: 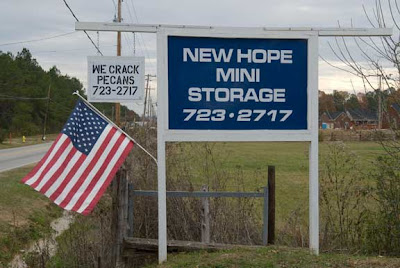 Taken one year ago today! Happy New Year to everyone! 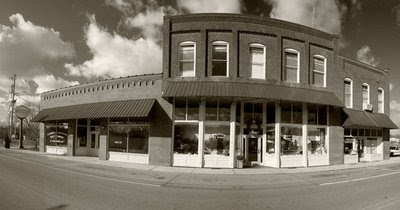